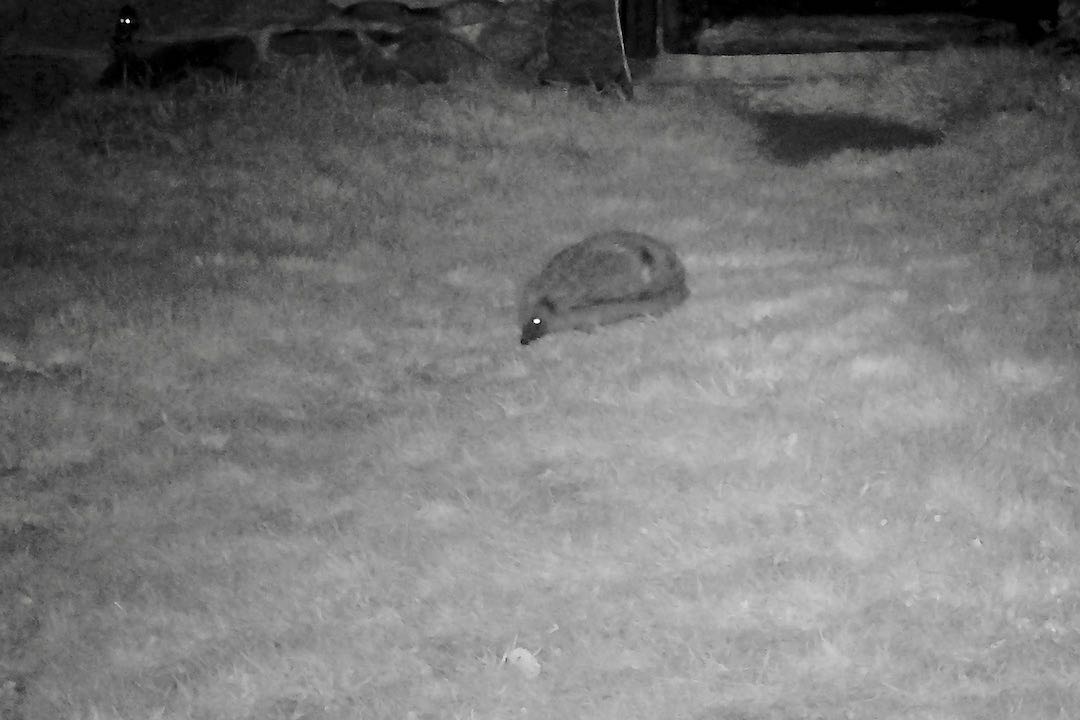 Photo - March 2020
infra red photo of a a hedgehog in our garden
The photos on this page were taken with our infra-red, movement sensor camera.
March 2020
March Hedgehog Watch
Three sets of photos on this album from 9 March, 15 - 16 March and 29 March.
Go to the photo album

A description of our Tawny Owl rescue, recovery and release over the easter weekend is here

August 2020
Deer and a Pine Marten in our garden
A collection of photos taken during August.
Go to the photo album